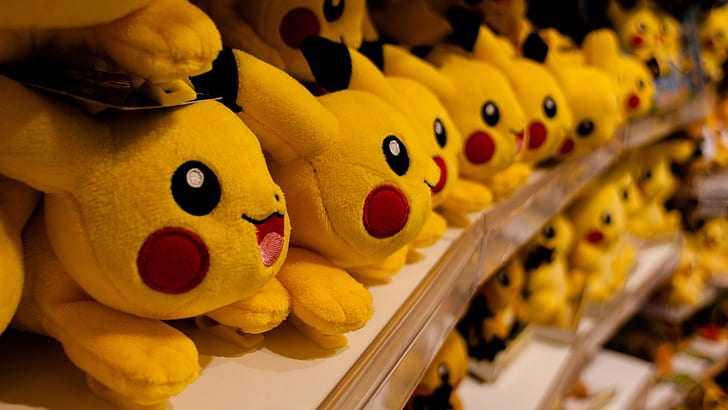 There’s just no way you haven’t heard about Pokemon. The monster-catching game, series, and AR game has found its way into the hearts of people around the world for more than twenty years.

But with so much to learn about the world of Pokemon, sometimes you just have to take a step back and read a bit about how everything came to be, and maybe learn a fun fact or two in the meantime.

And that’s exactly what we have in store for you — some lesser-known facts about Pokemon, the series and the creation of it. So let’s jump right into it so you can conquer every Pokemon quiz ever made!

Yup! While it really does sound like an authentic Japanese word. The whole idea at first was to name it something along the lines of Capsule Monsters, but that’s a mouthful, so they really kept that under “drafts”.

So, Nintendo decided to go with Pokemon for the launch in the United States. It sounds Japanese, but it’s really not.

Pikachu has a form of a protein named after itself.

Talking about how much of an impact the show and game have on our culture, in 2008 when scientists discovered a new protein, they named it after Pikachu.

The exact name is Pikachurin and the reason for the name is the similar capabilities of the protein and the pokemon Pikachu. Another protein named after a fictional character is Sonic Hedgehog.

There are a lot of Pokemon species!

Just like in real life we have hundreds of thousands of different animals, Pokemon has a pretty wide array of species in its universe as well.

Seven hundred and twenty-one, to be exact.

What started with just over one hundred and fifty pokemons, has grown massively in the last twenty years, making the Pokemon universe more and more diverse.

Another proof that Pokemon has had a huge impact on popular culture. In Niue, they have Pokemons on their currencies!

In 2001, the government issued coins with the faces of Meowth, Pikachu, Bulbasaur, Squirtle, and Charmander!

Can you imagine paying at the store with Pokemon currency? That’d be so cool!

Some Pokemons are inspired by real-life people.

Hitmonchan and Hitmonlee to be exact. While it’s just two Pokemons, it really makes sense for them to be named after the Tadashi Sawamura and Hiroyuki Ebihara, two Japanese kick-boxing legends.

The inspiration behind pokemon is very peculiar.

Pokemon was inspired mainly from bug collecting and honestly, this makes so much sense!

The creator of Pokemon used to collect bugs as a little kid and later on trade them with their friends. It really is just a real-life Pokemon game.

What was a childhood passion grew into a huge thing later on, to the size that Pokemon is today.