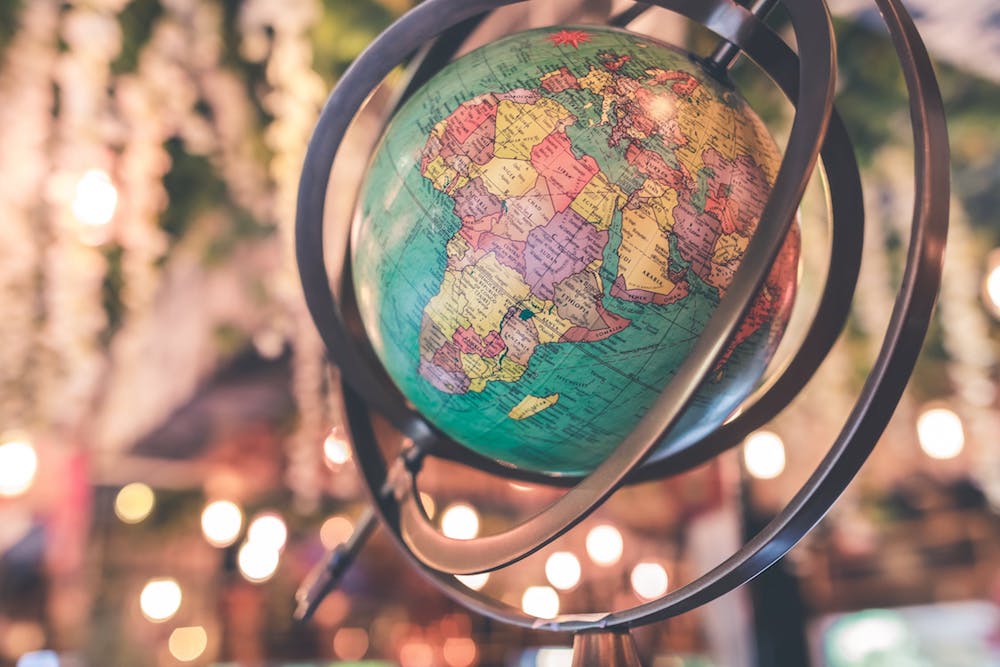 At the core of the human experience is a deep desire to learn, expand one’s mind, and have meaningful new experiences. There is, perhaps, no better way to fulfill those deep desires than through the experience of traveling the world. Immersing oneself in a new culture, language, and tradition has the effect of opening your eyes to a new way of seeing yourself and others.

The benefits of travel for expanding the mind and shifting one’s perspective has been known to intellectuals and writers throughout the ages. That’s, in large part, what inspired the travel book genre to grow and develop a dedicated global following. However, beyond just books purely devoted to travel, exploration of the unknown is a theme known in most great pieces of literature.

Let’s take a look at five writers who touch on those themes in such a way that will put the travel bug in you, and urge you to step outside your comfort zone to experience new cultures, people, and once-in-a-lifetime experiences.

When talking about books that inspire the kind of wanderlust that can inspire someone to travel the world, it’s hard to ignore Elizabeth Gilbert and her now world-famous book Eat Pray Love. Following the author’s journey as she discovers the world, as well as herself, it’s particularly well suited for those considering a solo travel trip.

The book follows Gilbert’s travels by telling the story of three specific trips she took, each with their own purpose. Her first trip is to Italy, where she discovers the pleasures of the senses. While in Italy, Gilbert enjoys some mouth-watering Italian food, and takes Italian language lessons, purely for the joy of feeling the round vowels roll off her lips.

In the second leg of her journey, Gilbert heads to India, where she stays in an ashram in Mumbai, practices yoga every day, and pursues a deep spiritual awakening.  She approaches her pursuit of enlightenment with a healthy degree of skepticism, having grown up in a non-religious family, but nonetheless has meaningful insights into her place in the world.

Finally, Gilbert heads to Indonesia where she has profound experiences connecting with the local Indonesian population. Along the way, Gilbert finds true love, completing the series of lessons she learns from her time abroad.

Given how current world events have given travellers pause, reading some Elizabeth Gilbert and keeping up with the latest in current events could be a great way to reignite your need to see the world when it’s safe to do so.

Perhaps best known for his novel Siddhartha, Herman Hesse is a Swiss author that is sure to inspire readers to explore the spiritual dimension of travel. If the name Siddhartha sounds familiar to you but you haven’t read the book, that’s because it was the given name of Gautama Buddha – the founder of Buddhism.

Hesse’s novel Siddhartha explores many of the same themes inherent in its namesake’s life, including the link between excessive desire and unfulfillment, the importance of truthful speech, and the joys of a simple life. The novel explores these ideas through the travels of its protagonist Siddhartha.

Hesse’s novel was as much an exploration of his time, at which point Western writers were just starting to become aware of Eastern philosophies, as anything else. And, when it comes to travel, timing is everything. Now more than ever, travellers should keep up with up-to-date travel news sources when planning their next trip.

Along each leg of his journey, Siddhartha learns of different lessons that related to many of these ideas informed by Eastern philosophy. An avid traveler himself, Hesse used his travels to India to inform both his worldview and his writing, which is what made Siddhartha a literary masterpiece with an enduring legacy that persists to this day.

A book that follows an Australian national’s travel in India following exile from his own country, Shantaram is considered by many to be autobiographical or semi-autobiographical in nature. While the author publicly states the book was merely inspired by true events, the book bleeds such gritty realism that it’s hard to believe it’s not an autobiography. Moreover, since the book’s protagonist engages in criminal activity throughout, it would be hard to imagine the author claiming it was fully autobiographical given the legal consequences.

Regardless, Shantaram is a moving journey of how one man’s travel caused him to reevaluate what was important, reassess his values, and find love. The journey that leads him to do so is every bit as harrowing as it is touching. The narrative elements of the novel immerse the reader in a world that seems so unflinchingly real that they’ll likely find it hard to put the book down.
While many travellers might look to a publication like the New York Times’s Travel Tips for organising the practical aspects of their trip, reading Shantaram might provide a more spiritual form of guidance for booking that flight.

One of the world’s most famous and well-respected writers and an avid traveler himself, many of Ernest Hemingway’s books are sure to inspire readers to travel and explore many of the themes touched on in his books.

While it’s easy to look at some of his most notable works like The Sun Also Rises and For Whom The Bell Tolls, Hemingway also tried his hand at travel writing with his book Green Hills of Africa. In the book, Hemingway details the month-long hunting trip he took with his wife in Africa. An autobiographical account, it’s a perfect book for readers to learn more about Hemingway himself and his many idiosyncrasies.

Aside from this work of nonfiction, Hemingway’s many more famous novels also explore travel in one way or another. Many of his most famous characters are shaped by the transformative experiences of voyaging to or doing battle in a foreign land. If you’re interested in a breakdown of some of Hemingway’s best works, check out this list from Cool Things Chicago.

A famous proponent of the simple life, it might surprise you to know that many of Thoreau’s works are likely to inspire the traveling spirit of readers. Though his most famous book Walden explored the benefits of a simple and self-reliant lifestyle, Thoreau’s work as a whole is widely supportive of intellectual expansion and development. Travel is often a part of that process as Thoreau has very often acknowledged in his many books.

To get insight into many of Thoreau’s philosophies on the good life, it can be helpful to look at them in the context of a modern lifestyle publication or magazine. Doing so could help you put many of his revelations on travel into a modern framing.

Relative to people of his time, Thoreau traveled much more avidly than most and wrote extensively about how it broadened his horizons. Although Thoreau’s ideal trip abroad would probably seem relaxed and subdued compared to many travel writers, for readers of certain ilk, many of his books could inspire you to book your next trip.

That concludes our list. If you’re looking for the inspiration to plan your next trip, there’s no shortage of books to do the job.