In the vast wide world of the internet there are no shortage of YouTube amateurs and Live Lounge covers of our favourite songs, so I have rounded up what is, in my humble opinion, the best of the best.

7. Hey Ya – Obadiah Parker
At number seven on the list is the world-famous hit ‘Hey Ya’, originally performed by Atlanta-born hip-hop band ‘OutKast’. This cover is arguably most famous for it’s usage in hit US TV show Scrubs, bit has been used in various other films and shows. With a cheerful yet somewhat wistful guitar, soft harmonies and tinkling keys, folk artist Obadiah Parker brings a sweet acoustic melancholia to the party hit, which seems to bring out more of an emphasis on the lyrics, instead of the whole song pivoting around the pun of one shaking oneself ‘like a Polaroid picture’. 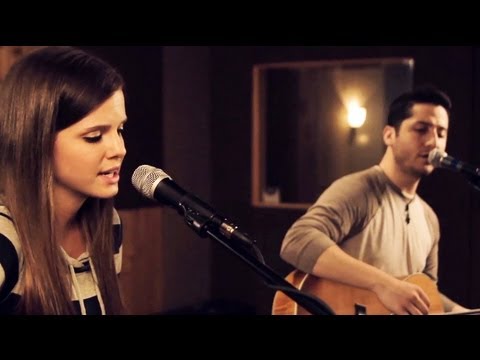 6. Jar Of Hearts – Boyce Avenue ft. Tiffany Alvord
Now, anyone who is familiar with the YouTube acoustic cover scene, will know that Boyce Avenue are big time players. The three Manzano brothers which make up the band, initially rose to fame through uploading their own covers onto YouTube, and keep this tradition alive by regularly collaborating with up and coming artists. One of their most successful is their Christina Perri cover ‘Jar Of Hearts’, with views well in excess of ten million. Alejandro Manzano and newcomer Tiffany Alvord’s voices harmonise and intertwine in the most musically fluid fashion to create a beautiful cover full of beautiful levels and inter-mingling depth.

5. Wherever You Will Go – Charlene Soraia
For die-hard fans of rock pop group The Calling’s 2001 anthem ‘Wherever You Will Go’ like me, it took a while to adjust to this new pretty frilly minimalist version. Gone were the crooning over-Americanised vocals and thrumming guitar riffs of floppy-haired frontman Alex Band, and instead a delicate melancholy piano and a single beautifully effortless female voice. After featuring in the Twinings Tea TV advert in 2011, Soraia and her cover version shot into the limelight, and after ten years, I, like many I can imagine, have decided that perhaps it is acceptable for this awesome song to be re-made, as it was done at such an exceptionally high standard.

4. Call Me Maybe – Ben Howard
It is simply not possible for one to exist in 2012, and to not be plagued by Carly Rae Jepsen’s incessant and impossibly perky pop hit ‘Call Me Maybe’. However, just shortly after the songs initial release, London-born folk artist Ben Howard has managed to do what was considered previously impossible – to turn this song into its complete opposite, a dark, haunting and mysterious melody. Howard’s version is solemn and echoey, full of lethargic cellos, creeping violins and reverberating bass notes, something that would no doubt leave perma-pop Ms Jepsen cowering in fear in the corner. What I like most about this track is that it manages to have the complete opposite tone but does not lose tempo. Most acoustic covers derive individuality from slowing down the original song’s speed to focus on the lyrics, but Howard’s version manages to strip the song back and create something new, without losing the same tempo in the vocals. High five, Ben.

3. Skinny Love – Birdy
Now, I’m aware that this one may be a little glaring obvious, but it’s so great I feel it deserves mentioning regardless. ‘Skinny Love’ was originally released in 2008 by Indie-Folk band Bon Iver, and is already a pretty stripped-back, acoustic song. However, I’m not afraid to admit that I *shock horror* am not a particular fan of Bon Iver. They seem to be one of those bands which everyone is just expected to like, and upon listening to their ‘Skinny Love’ I found it a little harsh and almost shouty. It was like drinking green tea – I really, really wanted to like it, but I’d be lying if I said I did. Therefore Birdy’s 2011 cover was (forgive the pun) music to my ears as her soft ethereal voice and tinkling piano keys forgave all the sins of the original version. And if that were not enough to convince one to revisit ‘Skinny Love’, Birdy was just 15 when she released her version, and the song is a great showcase of her incredible talent.

2. Somewhere Over The rainbow – Israel Kamakawiwoʻole
Carrying on with the theme of glaringly obvious yet deserving nonetheless, Israel Kamakawiwoʻole’s version of ‘Somewhere Over the Rainbow’ played entirely on the ukulele, is one of the most widely-recognised pieces of music in the world, being used in numerous TV shows and films such as ‘Cold Case’, ‘ER’, ‘50 First Dates’ and ‘Life On Mars.’ The song is exquisitely crafted and beautifully performed by the late Hawaiian star, who sadly died at the age of just 38. Even if his surname completely bewilders you and you have to type ‘Israel Hawaii’ into YouTube like I did, I urge you to do so and listen to this glorious song and watch the touching tribute to his life.

1. Kay Pettigrew – The Fresh Prince of Bel-Air Theme Tune
I have most certainly saved the best ‘til last. Now, anyone who so much as says the word ‘in’ to a group of 90’s-born kids in the right tone of voice, will get a subsequent chorus of Will Smith’s infamous rap  rattled off by heart. To this day the ‘Fresh Prince’ theme tune is still used, (outrageously successfully might I add) in many club nights to get the party-goers roiled up and anyone who is anyone is automatically a no-one if they do not know the words. This is why I was so impressed with this cover. How do you turn something which has been widely successful and unchanged for the past two decades, and turn it into something entirely different but still with that same original charm? Kay Pettigrew knows. There have been many attempted rap to singing cross-overs, but I’d say none more successful and unexpected than this. I think a large part of its magnificence and beauty lies in the imperfections and rawness. I won’t give it all away, but if you do one thing in your coffee break today, it should be to take a minute and watch this cover on YouTube.