Share
Tweet
Share
Share
Email
Comments
“Live every moment. Love every minute” Rated a 12A, Now is Good is directed by Ol Parker and based on the novel, Before I Die by Jenny Downham.

Starring Dakota Fanning as Tessa, Now is Good has you laughing through tears almost only 5 minutes in. Set in Brighton, its a heart-wrenching film that leaves viewers laughing out loud through tear stained cheeks as it takes you on a difficult journey of watching a young girl live her final few weeks. 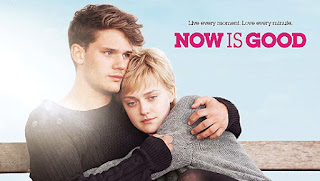 Tessa is a 17-year-old British girl that has opted out of continuing treatment for her terminal leukemia which sadly only leaves her a few months to live. In stead of sitting and spending her final days on the sofa crying, Tessa embarks on a journey that no teenager should have to. Early on we see her create a bucket listand do her very best to cross everything off before she becomes too weak.As the opening credits roll we see Tessa and her best friend Zoey (Kaya Scodelario) trying to pull two young boys. Fast forward a few hours and Tessa realises she doesn’t want to lose her virginity to someone she doesn’t care for.

Over-protective father, played by Paddy Considine must come to terms with his daughters illness and realise he cannot do anymore for her. He struggles to understand why his young daughter wont involve him in her plans and simply, like any normal father, yearns to spend his daughters last moments on earth with her, hearing her laugh and telling her he loves her.

The relationship between them both is one of the most touching and genuine but heart wrenching elements of the film. Tears flowed as we watch her father realising that Tessa is not a little girl anymore but also dying.

As Zoey and Tessa go on the remarkable journey to complete Tessas’s bucket list an unexpected arrival occurs in the form of Jeremy Irvine (no he’s not on top of a horse this time), playing Tessa’s new next door neighbour, Adam.

The chemistry between and Adam and Tessa is immediately evident and as we learn Adam recently lost his father you can’t help but think he is exactly what Tess needs and soon enough they become an item.

Younger brother Cal, played by Edgar Canham, clearly too young to understand the seriousness of living with cancer provides the audience with some comments that not only make you want to weep more, open your mouth in shock but also laugh out loud. Cal innocently asks Tessa questions like “Will you haunt me when you’re dead”.

Also, don’t fear, it isn’t all doom and gloom. We are provided with many moments that you can’t help but laugh at. When a shoplifting spree goes wrong, Tessa informs Adams mum that she’s “just done drugs” in a vacant way. 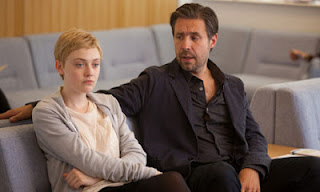 About half way through the film, best friend, Zoe learns she is pregnant and wants to have an abortion. Tessa is clearly outraged by Zoe’s decision and attempts to change her mind. Of course, Zoe thinks how selfish she is being and decides to the baby in realising she cannot end a life when her best friend is dying, against her wish.

Just as we begin to see Tessa and Adam falling in love we are brought back down to earth with the reality of her terrible condition as just as they are about to go on a date Tessa suffers a terrible nosebleed that ends with her in hospital.

Mum, played by Olivia Williams who has been absent for most of Tessa’s illness must now deal with it by helping in getting her to hospital. Unfortunately for her its a wake up call that her daughter is dying and there’s nothing she can do about it.

Soon enough, Tessa is told she has very few days left to live and spends them with those around her that she loves and cares for. The scenes of her final moments had me sobbing uncontrollably into a tissue whilst I watched her slip in and out of consciousness.

This heart wrenching film takes us on a journey that tackles terminal illness, teenage pregnancy but also family dysfunction. It makes you laugh when needed and of course cry. Whilst it will never compare to the book, Before I Die, it comes close and is one of those films, very much like “My Sisters Keeper” that will make you have a good cry when needed.

Girls, wear your waterproof mascara and take plenty of tissues. Boys, don’t go unless you’re willing to cry in front of your friends. This is a film that will have those tears flowing only a few minutes in.

In my opinion this is just the beginning of the two fantastic actors, Irvine and Fanning. Both helped create a film that will touch most hearts and I am sure we are still yet to see the best of their work.